Attendees were awestruck by the beauty of Banff, and many—including our golfers—were fortunate to encounter local wildlife like mountain goats, elk, and black bears. Our opening reception Thursday night featured a sold-out exhibit hall and an opportunity to meet with speakers, attendees, and CARI staff. 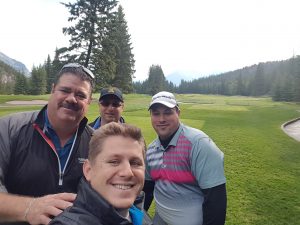 At Friday’s AGM we expressed gratitude to long-standing board members Chris Cassell of Glenview Iron and Metal, and Steven Kerzner of Palmer Recycling as they stepped down.

The AGM was followed by keynote speaker Laurie Skreslet, who held attendees in thrall as he relayed stories of his life and the journey that led him to become the first Canadian to summit Mount Everest. Skreslet told attendees the lessons he learned mountain climbing also apply to the business world. He stressed the importance of focussing on what you can control, such as your attitude, rather than things you cannot, like the steepness of the mountain or the flux and flow of the markets. 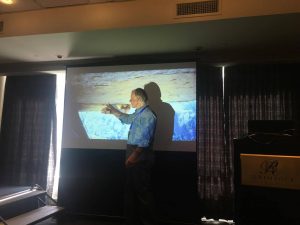 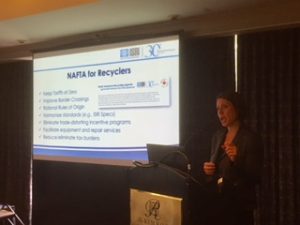 Saturday morning began with a first for CARI: a Town Hall where members were encouraged to openly ask questions and share strategies about issues such as employee retention and training. Chuck Carr, ISRI’s Vice President of Convention, Meetings, Education and Training; and Jordan Rodney, Founder of Rodney Employment Law and President of MaxPeople, a Human Resources Consulting organization led the session with passion and provided beneficial advice to participants. The interactive forum was remarkably productive and will become a regular feature of CARI’s conventions.

The convention wrapped up Saturday night with a wonderful closing banquet and dance party, where a good time was had by all.

CARI would like to extend its gratitude to our sponsors, speakers, exhibitors and attendees. We look forward to seeing you all in Niagara Falls next June! 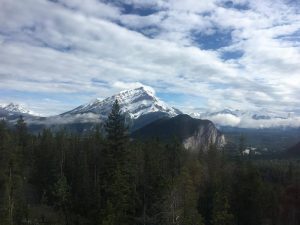