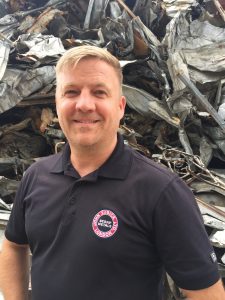 CN conductors strike reinforces the value of our unified voice

Like many people across our industry, we at CARI were relieved when the recent CN Rail conductors’ strike ended after a week on Wednesday, November 27.

We shared a notice of the conductors’ union’s intentions with our members before the strike began. Prior to the strike’s end, CARI had been working both independently and as part of the Coalition of Rail Shippers to express the concerns of our industry. We reached out to members of the federal government, encouraging them to take urgent action to limit the potential damage from this strike. Because CN accounts for more than half of Canada’s rail network, even a week-long strike amounted to a significant disruption to our industry and to the Canadian economy as a whole.

The Canadian recycling industry directly depends on the effective transport of material over long distances across the country, to and from our ports, and to destinations in the United States. However, our industry represents only a small amount of the rail traffic in Canada, so we also worked with the Coalition of Rail Shippers (CRS) to represent the interests of shippers during the strike. The CRS is made up of industry associations whose members represent 75% of the Canadian revenues of CN and Canadian Pacific Railways. That percentage makes our message hard to ignore.

The CRS was formed in 2006 at the encouragement of Transport Canada to present a unified voice for Canada’s shipping community — the very kind of unified voice that CARI creates for its members. Demonstrating a strong, unified message to government is essential when working with policy makers, which is one of many ways your CARI membership works for you.

To each of our members, thank you for being a part of our association and for helping to strengthen our voice.

In late October, the Ontario Ministry of the Environment, Conservation and Parks confirmed its intent to develop a digital waste system reporting system managed by the Resource Productivity and Regulatory Authority (RPRA).

The new system will allow businesses and governments to more effectively track, monitor, and report on the storage, transportation, recycling, recovery, and disposal of hazardous waste.

All importers listed in the 14th batch are required to pass through the ports of Tianjin, Taicang, Ningbo, Jiaxing, Shanghai, Xiamen, Qingdao, and Nanhai.

The theme will help “recognise people, places, and activities that showcase what an important role recycling plays in creating an environmentally stable planet,” said the GRF in a release.

A worldwide social media search for real life recycling heroes will be launched in January, with the aim of recognising both known and unknown heroes.

Quebec’s Minister of the Environment announced in November regulation amendments for 2020 that subject producers of major appliances to the principle of extended producer responsibility.

The new regulations will require producers of CFC-bearing appliances (e.g., refrigerators) to recover and reclaim their end-of-life products as of December 5, 2020. These producers must also meet the government’s recovery rate starting in 2024.

Non-refrigerant appliances (e.g., stoves, dishwashers) will be subject to a two-year phase-in: 2022 for collection and 2026 for targets.

The government of Quebec also announced that it would invest a total of $90 million between 2020 and 2031 to support producers in this process and avoid imposing new fees on consumers.